We live in a world of cinematic and extended universes that don’t mind giving nods to other works of fiction and pop culture. One of the weirdest examples of this is the realm of comics were gathering actors together or trying to put sets together isn’t a factor at all.

So here are 8 of the weirdest comic crossovers.

Archie and his gang of friends have been dstong, goofing off and eating hamburgers for 77 years and has always been relatively beloved by the world.

But to stay “hip and funky fresh” with the kids, crossovers have been a major tool. Like the time the Archie gang was hunted through the woods by the Predator of the Predator movie franchise. 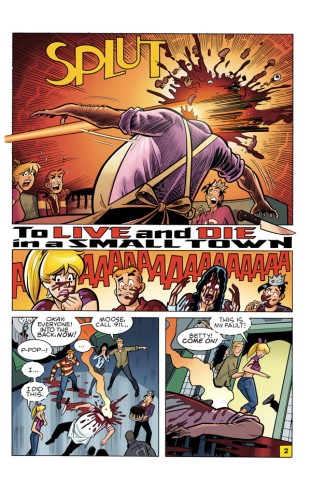 It was no lovable goof around Scooby-Doo esque adventure either. People died, characters maimed and the ending creates a dark subplot to Archie.

If you are looking for a more pleasant Archie crossover out their many, what about the time they hung out with the Teenage Mutant Ninja Turtles because a giant trans-dimensional cow transported them there… Comics can get weird.

The Sonic comics have been around for a long time. Meeting Megaman is truly only noted because it was an amazingly well written ark to what is a fun and interesting comic, especially for younger readers. 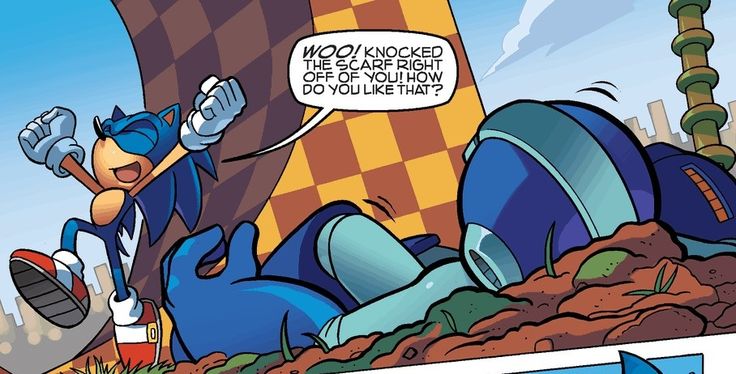 So we are going to talk more about Sonic’s adventure with gun toting champion of hell, Spawn. 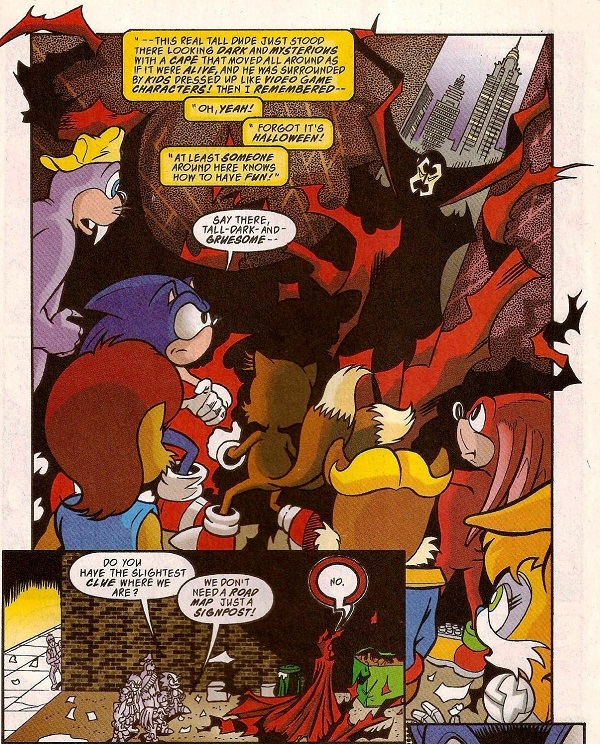 Remember the time Superman fought Muhammad Ali on another planet? 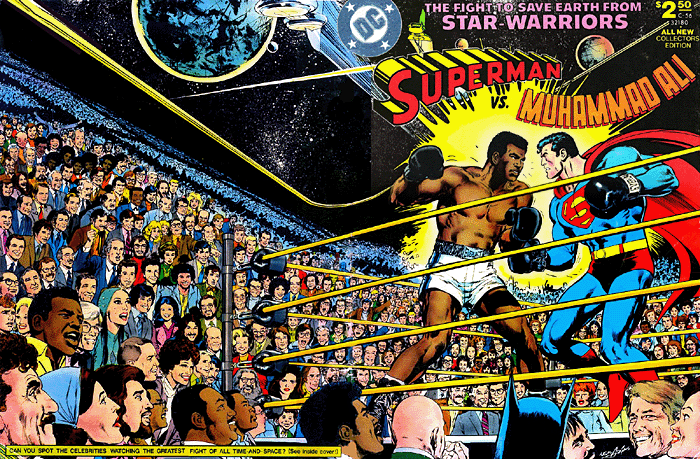 You dont’? You haven’t lived yet.
The two are asked to compete to see who the true champion of earth is, it even features a few fun scenes of Muhammad Ali training Superman on how to box. The match was shown all across the dc universe and ended with Muhammad Ali winning and teaming up with Superman to save the world. 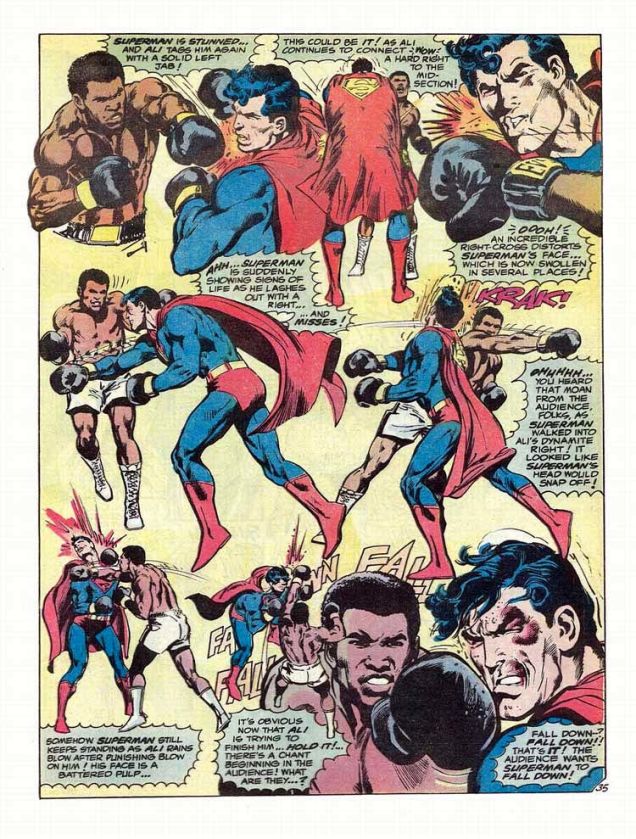 Released in 1978, it helped the world by showing a black athlete standing side by side the world’s mightiest hero.

You more than likely know who Spider-man is but if you don’t know who Ren and Stimpy is, there is absolutely no way to describe the hectic, colorful, frantic and just purely mad series that is Ren and Stimpy. 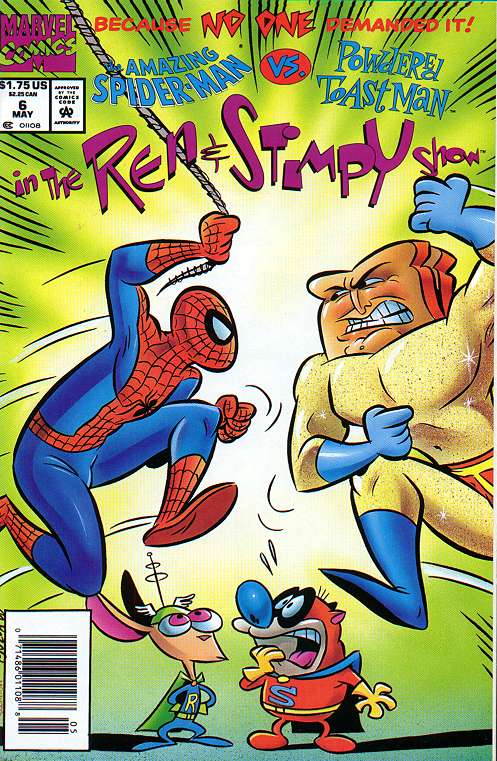 So when the two series met… it was so very much fun.
Powdered Toastman even got involved!

If you don’t know who that, watch this video!

The Punisher and Eminem– 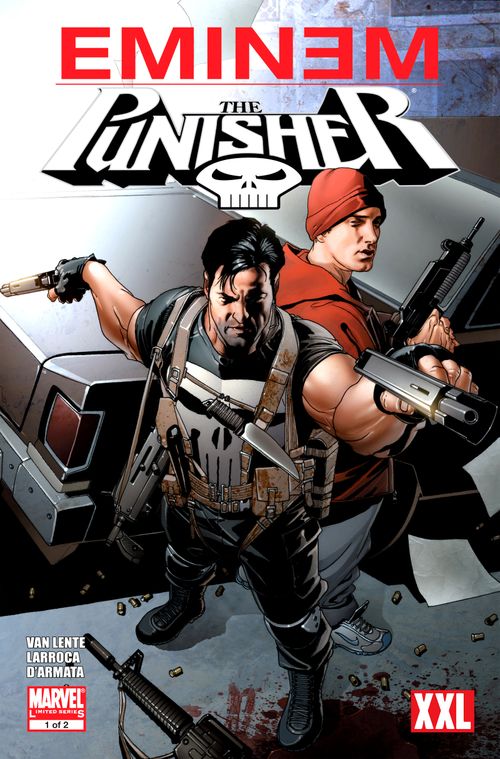 Rappers are known for being tough survivors of the harsh environment that makes up the streets. So it should be no shock that the former cop best know for doing whatever it takes to stop and punish (saw what I did there?) the bad guys teamed up with famed rapper Eminem.
In a story that has the pair at odds first before eventually saving eachother lives, The Punisher and Eminem had a gun filled adventure. Eminem even took the chance to throw some funny (?) Lines Punisher’s way.

Using a magic coin, basketball player Charles Barkley grows giant and plays basketball against Godzilla, eventually defeating him and forcing Godzilla to practice for 100 years.
That’s it. I don’t know what else to say about this comic book tie in to a popular commercial from the early 90’s.

It had Barkley doing those things that all basketball players did in media. Teaching good values and sportsmanship while also trying to sell you sneakers. 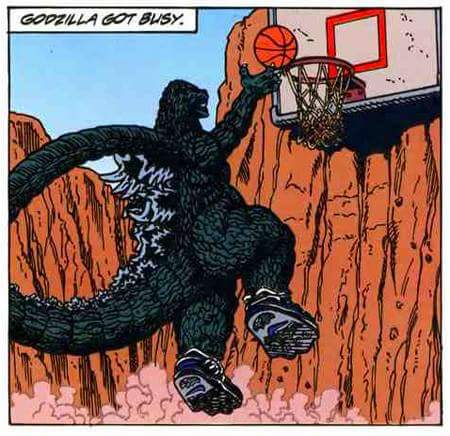 The original Star Trek was released 50 years ago. It has had several iterations, movies, comics, video games, entire conventions. So it was no wonder that they have had a few cross over comics…

Well more than a few… 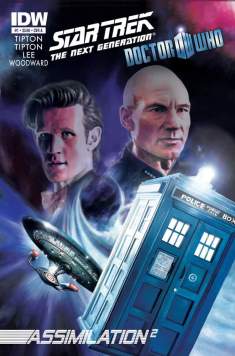 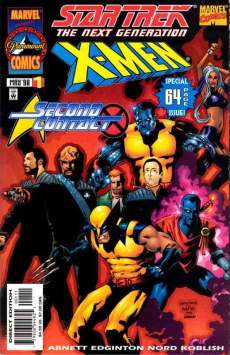 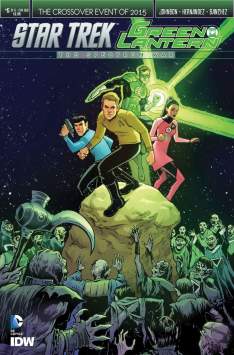 From hanging out with Doctor Who, fighting alongside the Transformers, and my favorite which is hanging out with the X-Men a few times. Star Trek’s universe has been filled with far away dimensions and time lines, yet still no Star Wars cross over. 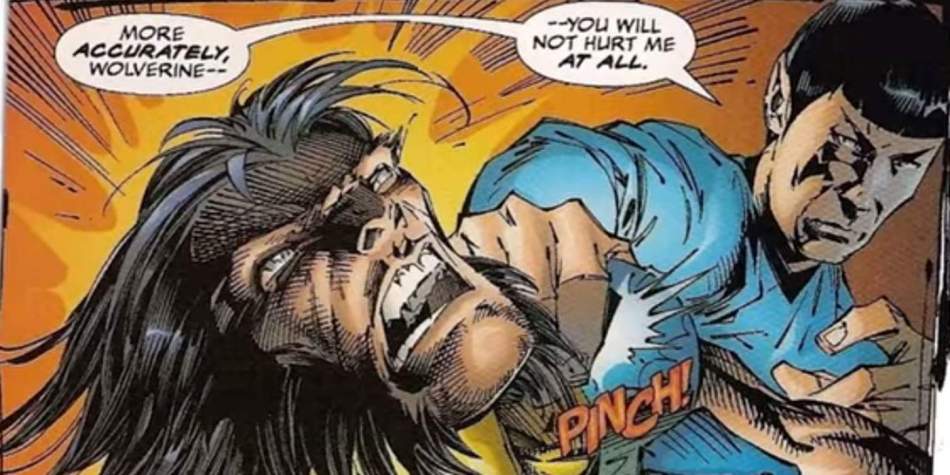 Yes we know the movies already have nods to each other and even E.T.. We know. But there is something beautiful about this specific cross over in the comic called ” Into The Great Unknown” that has Indiana Jones coming across a crashed Millennium Falcon, learning that Chewbacca is the american legend of Bigfoot, and remarking on how much the remains of Han Solo, who was attacked a killed by Native Americans, left him feeling uncomfortable. 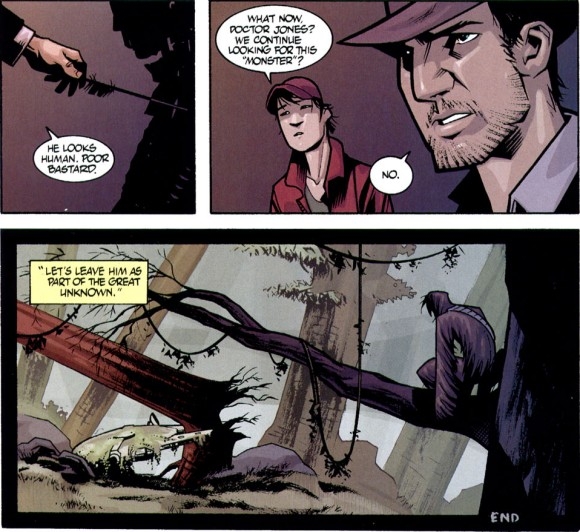 Did we miss your favorite cross over? Make sure to tell us below!

1 comment on “Things got Strange: The 8 Weirdest Comic Book Crossovers Ever”