This is the Police 2, Weappy Games, THQ Nordic

This is the Police 2 is a brilliant follow up to its predecessor. I was excited for the sequel to what was an enjoyable and thrilling real-time management police simulator. It lived up to my expectations and even took them farther and that made me so happy.

Set in the small northern border town of Sharpwood, it follows Sheriff Lilly Reed dealing with the sexism and corruption of the late 80’s and early 90’s while trying to protect the town. Sharpwood is full of Fargo and Twin peaks vibes which I imagine wasn’t an accident as the dialog has a Coen brothers feeling and I feel a bit that Reed is a bit of a love letter to Fargo character Marge Gunderson. It was a nice focus and her mistreatment felt very raw and real, which is why it was kind of a disappointment when the game pulls a bit of a switch (that I won’t spoil) in terms of focus. While the switch makes This is the Police 2 connect and continue the narrative of the first game, it comes as a bit of sacrifice to the growth of Sheriff Reed.

Though that may be a bit of meta-narrative?

I find the change in focus a bit distracting and one of the game’s only faults. The other?

It is difficult. Very Difficult.

The first game focused on the management portion of police work. You were not in the field shooting bad guys. Instead, you selected cops based on skill level and quirks and sent them to crime scenes to handle it. Outcomes were based on the level of your officers, forms of power-ups you may have sent, and choices that occasionally pop up in order to help proceed through cases. The first was difficult as you had to make sure you had enough high-level officers to respond to crimes while also balancing duties as the police chief. This is the Police 2 has all that and more as it adds a turn-based tactical portion to the game, meaning each response may be even more decimating to the Sharpwood Sheriffs department. 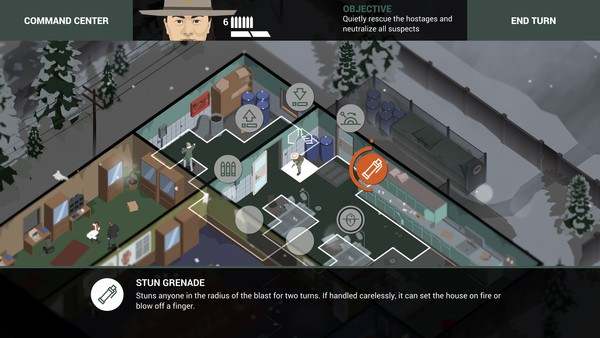 I know that in the current “Git Gud” culture of gaming, that difficulty is hard to convey. I don’t think it is truly detrimental to the game, but I do think that the challenging portions will have some gamers taking breaks from the game if not restarting their save file after their 4th time losing a deputy in a row. That occasionally can hurt the pacing for some. 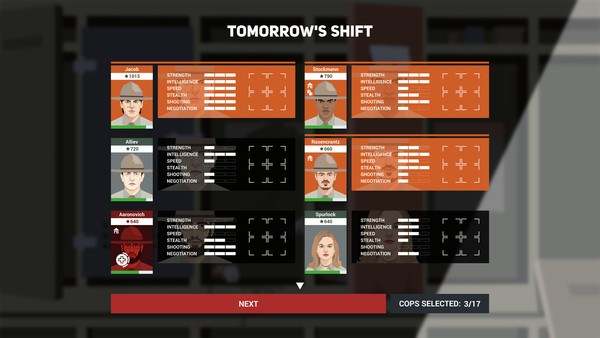 But the overall story, links to the first game, brilliant and well executed dialog had me pushing through.

SO WHAT’S OUR VERDICT?

This is the Police 2 is a great follow up to its previous entry. An unexpected continuation of the narrative from the first game where your day to day decisions have even more weight, making it very fun and challenging. Just wish Sheriff Reed got more love.

0 comments on “Review: This is the Police 2”