There was no show quite like Disney’s TaleSpin. Following another version of the Jungle Book’s Baloo as laid back cargo pilot in Cape Suzette. Fans can now rejoice as their favorite TaleSpin characters are immortalized in Funko Pop! form!

Friends for life, through thick and thin with another tale to spin …

Take a journey to Cape Suzette, home to perhaps
the only one-plane delivery service operated by a bear in the entire world.
The stars of the ‘90s Disney cartoon series TaleSpin
are getting the Pop! treatment, making for a rowdy,
colorful addition to any collection.
Fly the friendly skies with Baloo and his sidekick navigator,
Kit Cloudkicker of Baloo’s Air Service! 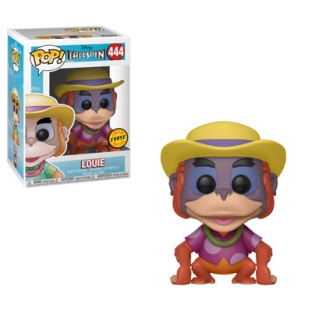 With Baloo (who has a Target exclusive Flocked variant), Kit, Rebecca, Shere Khan and Louie (who has a 1-in6 rarity tropical shirty chase), you can show off your love for TaleSpin late July!

Though there might be some hoping for Don Karnage to join the Funko family soon!

0 comments on “TaleSpin Funko Pops! Are Flying In!”