I’m surprised to say that fans looking for an in-depth, yet also rewarding PC building simulator, have finally been given what they asked for(?) all this time.

PC Building Simulator is a game developed by Claudiu Kiss and The Irregular Corporation, all about starting your own PC repairing and building tycoon, one computer at a time. Asking you to diagnose issues, install components, and downright build entire rigs. The game is bizarrely rewarding after each build.

Build your very own PC empire, from simple diagnosis and repairs to bespoke, boutique creations that any gamer would drool over. With an ever-expanding marketplace full of real-world and realistically priced components you can finally stop dreaming of that ultimate PC and get out there, build it and see how it benchmarks! 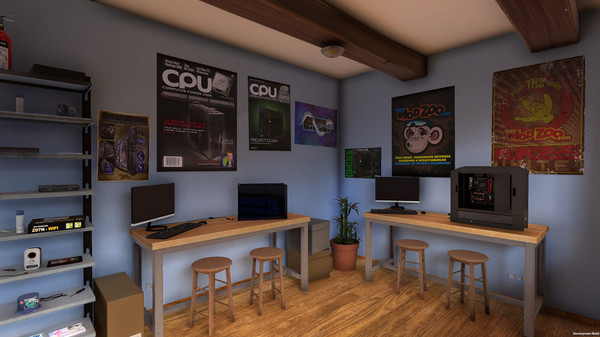 Partnered with real-life computer and computer part manufacturers like AMD, MSI, Corsair, and Cryorig, the game is a digital playground for any builder.

While still in early access (so I’m going to not rate it yet), it definitely is worth checking out if your tech heart loves building. The place it is at looks great and the direction it is heading looks very promising. PC Build Simulator is available for PC on Steam via Early Access.