Headlines are filled with stories of people in power, abusing their role to take advantage of those under them—to prey on people who look up to them or have to exist in an environment where they have control or favor. It permeates through many industries and subcultures, including the geek/nerd convention scene. It has been seen for a long time, and on many didfferent levels. After all, we live in a world that had to make this sign be a staple at cons. 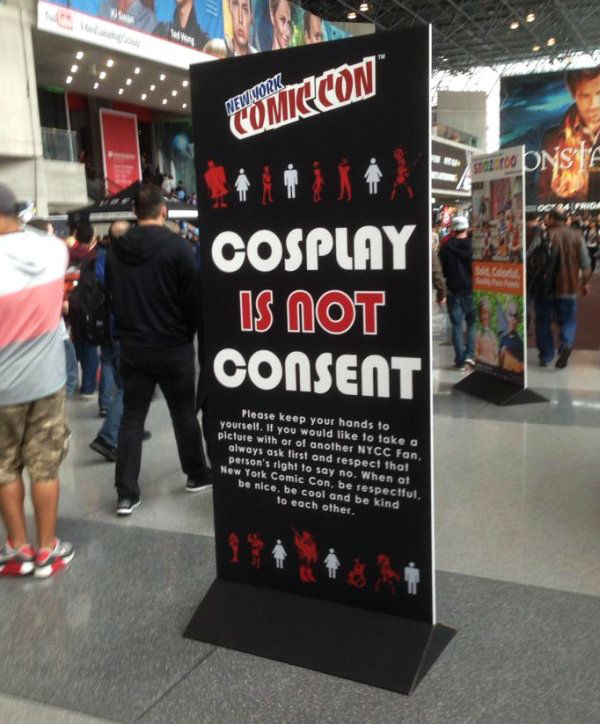 But one group aims to fight against this environment that one convention runner has been using to prey on people.

And they are thankfully succeeding.

Boycott Anime Matsuri is a group that aims to highlight and make the anime community aware of the predatory behavior of the individual running the Texas-based convention, Anime Matsuri. Co-founder and con runner, John Leigh.

For years, evidence in the form screenshots and collaborated accounts, have shown Leigh’s constant sexual harassment against women. These accounts have been fought by Leigh, with him even attempting to sue lolita fashion vlogger, Scarfing Scarves, over her recount of interactions with Leigh. Leigh eventually dropped the suit.

Boycott Anime Matsuri has readily cataloged this and other testimonies of his disgusting behavior. Their hope is, by making the public aware of his behavior and making celebrity guests aware of the controversy that is Leigh, the headcount will be low enough to achieve either one of two goals:

1) John and Deneice Leigh step down from all positions of authority at Anime Matsuri, real or ceremonial, to be replaced by individual(s) who are not or have never been in the employ of the Leighs. The replacement(s) should be willing to acknowledge and address the issues with the con, including the implementation of policies and staff training to address the problems of sexual harassment and sexual assault at Anime Matsuri.
or
2) Anime Matsuri shuts down and ceases to operate in any form.

And amazingly they are succeeding. With the event being held at the end of this month, it has had several prominent guests cancel. Including some of the voice actors from Steven Universe, voice actors from Overwatch, fan favorite actor Johnny Yong Bosch, and several cosplay community guests. Every canceled guest means that fewer people hopefully attend.

Their success is thanks to a strategy of showing the evidence they have and believing that a moral majority will make the right choice. Providing open communication and making it clear that if you are a victim or have any questions, you can message them confidentially. They have built a strong community by doing this. As they said when I spoke to them, “Their DMs are always open.”

Anime Matsuri starts March 29th. With less than 30 days left, it is important to spread the word. Make it clear that in a world where sadly everyone seems to have a #MeToo story, it doesn’t have to be that way anymore. Too often, excuses are made in a nerd setting, especially when cosplay is concerned, that problematic behavior is not problematic. That it is just misinterpretations or invites were believed given because a chosen cosplay is a bit revealing. That the fact that being in a nerd space, which is believed to be traditionally dominated by men, will result in this outcome. But no. It never does. To harken back to the beginning, “Cosplay Is, not Consent.” That never is power an excuse to prey on those who attend an event you throw or appreciate something you may create or do.

And if you are of the opinion that the troubles of others in this regard doesn‘t affect you, if they haven’t happened to you, or because you just need that anime convention fix, I feel Boycott Anime Matsuri said it best:

“They know right from wrong, they know why they have that bad feeling in their gut when they think about who and what they are supporting by going to Anime Matsuri. Our DMs are always open if they want to talk about it, or want to see more evidence, but otherwise, we leave them to their individual consciences.“

If you want to support Boycott Anime Matsuri and help spread the word, you can like/follow them on:

And if you have a story to share with them, you can message them through any of those platforms.