In what some are calling a act of true super villainy, a shoplifter attempting to steal from one of NYC’s Midtown Comic stores, jumped from one of the store’s second floor windows to avoid capture… where he was apprehended by the police and taken into custody. 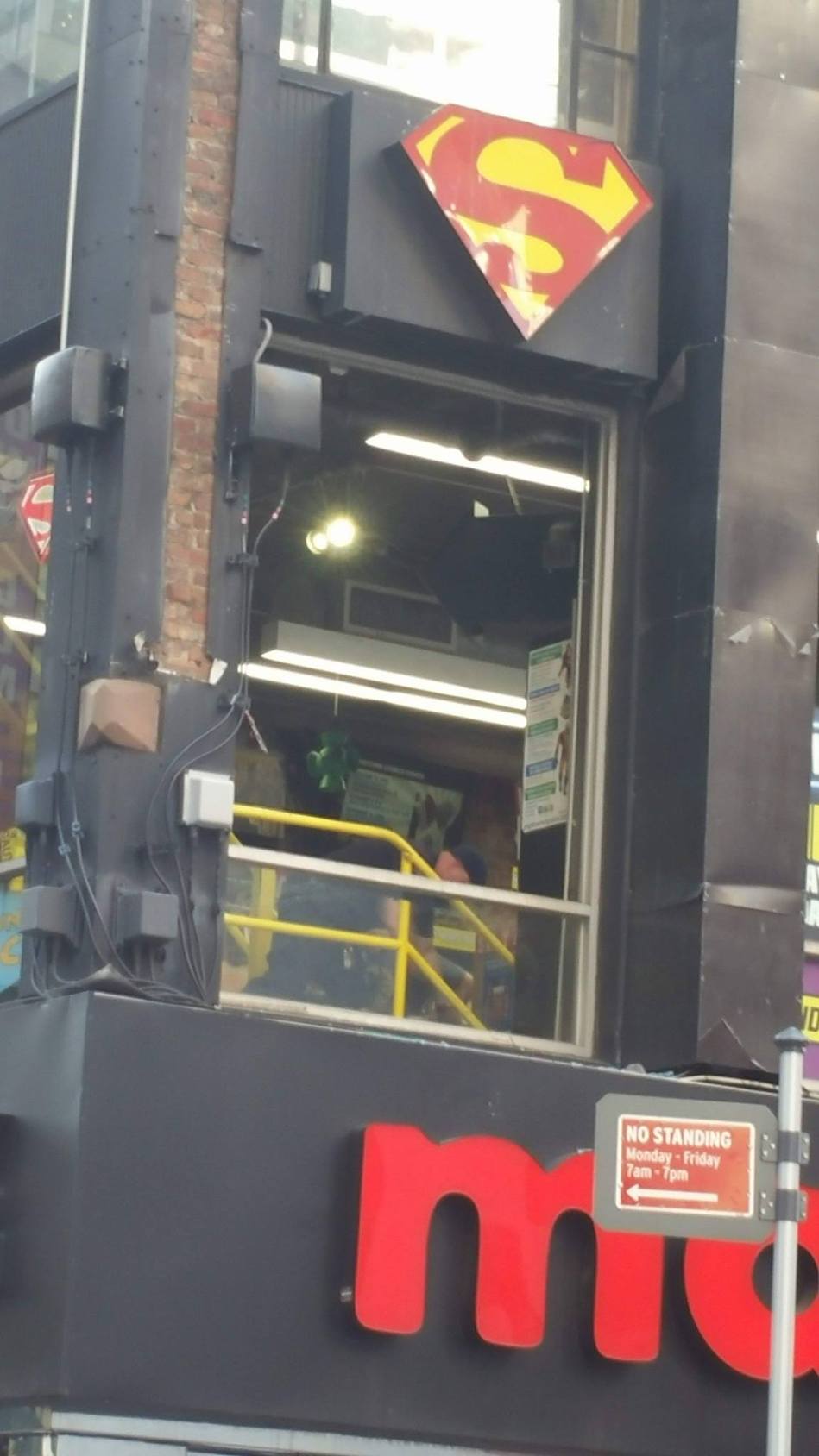 At the moment the police report he only suffered minor injuries. Our reporter on the scene notes that the police refused to comment further at the time as they tried to “maintain crowd control during early rush hour”.

It can be asked did the thief take some dramatic inspiration from the very comics he tried to steal?