Square Enix has lifted the veil and announced that the latest entry into the Final Fantasy Dissidia, DISSIDIA FINAL FANTASY NT will be available in North America January 30th, 2018 for the PlayStation 4.

With the release date now given, the game’s several pre-order bundles have been revealed. 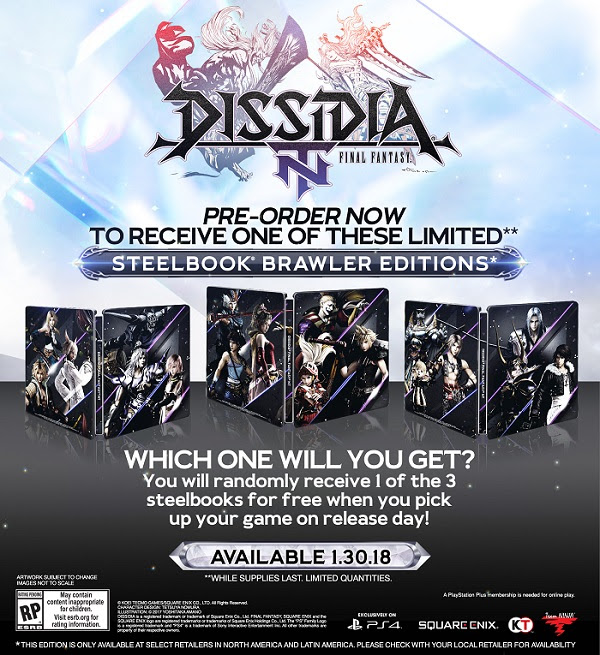 Pre-ordering this Edition from a participating retailer will snag you 1 of 3 SteelBook game cases featuring iconic Final Fantasy heroes and villains.

This Digital pre order will give you a a mini soundtrack with 5 songs and the ‘Nameless Warrior’ Skin for the Warrior of Light. The Deluxe Edition adds on the season pass.

Exclusive from the Square Enix Online Store, this tier of pre-order is the one that returning heroes who have long followed the series are sure to get.

DISSIDIA NT is proving to be a game that will draw back and reward old fans, as well as bringing in  and enticing new ones.