Monopoly a game is already known for ruining relationships but now it’s teaming up with Mario Kart, the video game franchise that threatens all forms of friendship for its latest iteration.

Monopoly Gamer: Mario Kart Edition offers all the fun of the two games. Mario, Luigi, Princess Peach, and Toad compete on a themed board where the spaces offering the havoc of the kart racer’s iconic tracks.

Each character has unique Abilities.

Trigger a Race when you pass GO. First place gets a big prize! 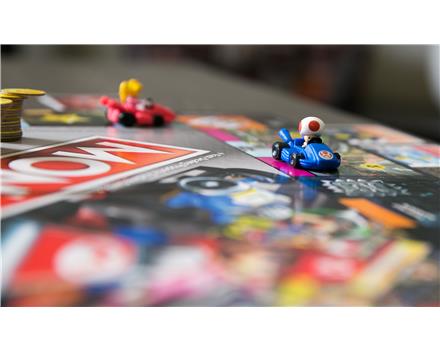 With power-ups available, tossing out Koopa shells and leaving banana peels is all there for you to annoy your friends with.

Available now at GameStop, it will hit other stores down the line.