Intimacy is a complex topic that has been a part of  human enjoyment/failure for as long as we have been around. Trust, understanding your partner, having your needs met while also fulfilling the needs of another…

Just imagine if tentacles were involved!

Consentacle is a two-player card game about the steam conclusion to a Human x Alien romance coming from the mind of long time game designer Naomi Clark. Funded through Kickstarter (not only meeting its goal but far surpassing) the tabletop game‘s story and gameplay are designed around the idea of establishing trust between an extraterrestrial and a human, while also facilitating the needs of their sexual encounter.
It is up to the players to satisfy both parties, and that is something I really enjoy about this game. A game built around understanding your partner. All of this is presented in a beautifully bizarre and captivating art. 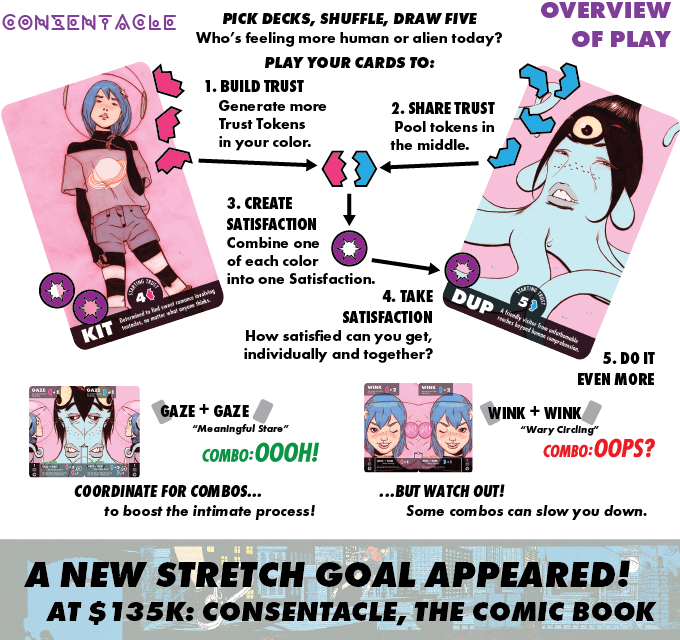 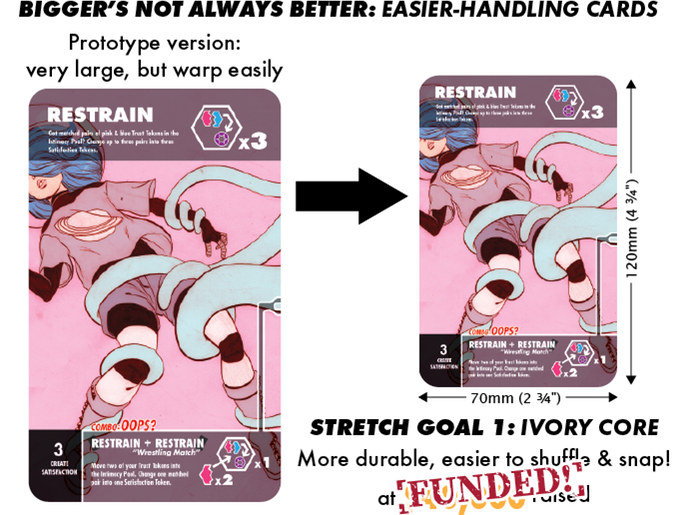 A game I think will not just birth funny and interesting fictional characters between the two characters, it might make for a fun date night.

Due May of this year, you can pre-order Consentacle here!