In partnership with Funko Pop!, the geek and gamer store BoxLunch is releasing a exclusive Overwatch Reaper Pop.

He moves likes a ghost on the battlefield, but we’ve got him in our sights! Reaper, in a design based on his shadow step, is given a fun, and funky, stylized look as an adorable collectible vinyl figure! 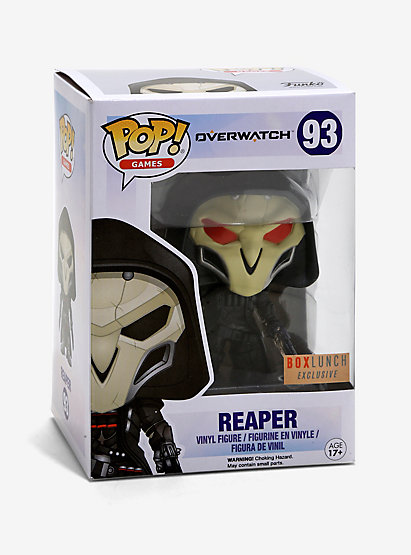 With this being a exclusive release, rush over now to BoxLunch before they are all vanish!