There is no encounter that is harder and more grueling in the Table top world then making your character. Pouring over the blocks of texts to see all the classes and their features just to pick a single one to play is a task in itself, but here are some quick tips to help you decide what you want to do for your character’s adventure and growth.

Select a role; character classes can be broken down into four key roles each with their own merit within a campaign.

Tank: The tank is the meatiest of the four, able to soak up tons of damage for the party to make sure that the squishiest of the bunch can stay alive. Tanks have some of the highest armor in the game as well so they’re able to mitigate a lot of that damage that might come through. In the case of Barbarians and Paladins of DnD renown they have ways of granting themselves extra Hit points as well, be it temporary hit points through a barbaric rage or healing whatever damage they get with lay on hands. A word of warning, unlike the video game representation of a tank, there is no clear “aggro” mechanic to keep the monster’s attention on you. The best way to do it is positioning and consistently dealing damage to the creatures whose attention you want to keep.

Support: These characters are literally the life of the party. They are the ones responsible for keeping the players topped off at the hit points by using their divine or sometimes profane connection to a deity. Clerics are the most prominent healers of the table top world, and they can go by other names as well, but with one backing you up you’ll be hard press to lose a fight. Bards, our jack of all trades character can also do a bit of healing on the side but they shine more at buffing the party, giving bonuses to hit and damage or an advantage in combat at the right moment can swing a losing battle into your favor.

Damage: Damage dealers are abundant, if you wish to wield the arcane and blast your enemies with the iconic fireball as a wizard, call down thunder from the sky to obliterate a target as a Druid, rain down arrows on hapless targets as a ranger or, if you prefer a more subtle approach a knife in the back a a rogue, there’s a flavor of damage dealer for everyone.

Face/Skill Monkey: I’ve group these two as a single role because they often go hand in hand. While not the best at combat, the Face and skill monkey excel outside during role play encounters. Instead of fighting the guard and alerting the compound, why not bluff your way in?  Found a lock door? Don’t let it get you down, there’s a skill for getting around it without making a ruckus. Great faces are usually charismatic characters while Skill Monkeys focus on intelligence to make up for their lack of combat prows. Bards and Paladins make excellent faces while Rogues and Bards have skills for days. 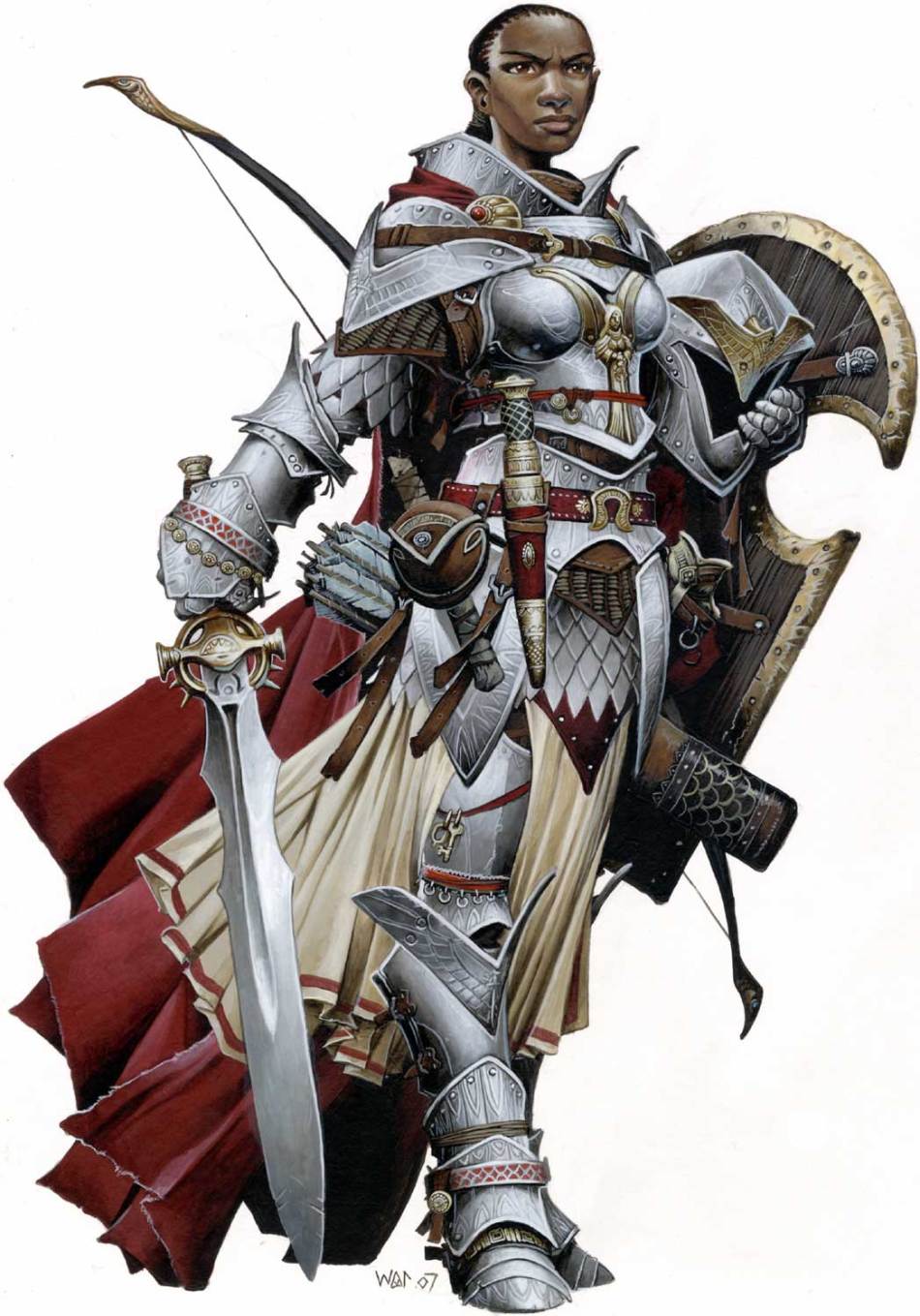 Once you’ve got a class in mind, you should think about a background to give the character flavor. Race, age, and various other factors will effect how this character sees the world, an example of the differences with just age:

Your wizard can be olden in age, having lost his powers he is currently traveling to recoup his strength and offers aid to the party, or they are a fledgling apprentice, leaving the tower for the first time, striking out into the world to gain knowledge to one day become a master.

Racial bonuses and detriments will apply to your character’s stats, some common races you’ll find in any given game are:

Elves: Light and lithe warriors who prefer speed and dexterity to just hitting with the heaviest thing available, excellent with a bow and nature oriented

Dwarfs: Rough mountain dwellers who have a penchant for smiting,  very hearty and a lone dwarf could probably run a tavern dry.

Humans: The most varied of the races, they come from all walks of life, their skills and preferences are varied making them a versatile race.

Half-Elf: The offspring of Elves and Humans, they are able to get the best of both worlds when it comes to heritage. Having the dexterity of Elves while retaining the flexibility of Humans.

Half Orc: Prodigy of Orc and Man, scorned by most due to their heritage. They are the opposite of half elves, garnering the strength of the Orcs while being able to be versatile.

Gnomes: Quick and intelligent pranksters, highly inquisitive and good with their hands. Gnomes are known to be tinkerers or students of some sort of mystic art.

Halflings: Halflings are a strange bunch, many believe they aren’t suited for the life of adventuring. There are some though who do leave there home and use their dexterity and luck to great effect.

Here you can build your character accordingly. If you’ve pre-rolled stats you should place them in where you’ll need them the most, generally there is a standard ability system.

Strength: Dictates how strong a character is.

Dexterity: Dictates how agile a character is.

Constitution: Dictates how much punishment your character can take before going down.

Charisma: Dictates your character’s force of personality and how easily they can effect other characters.

Certain classes will tell you what their governing stats are, but for a quick reference:

Tanks rely on Strength for hitting their mark, Constitutions for taking damage and dexterity for avoiding hits.

Supports rely on their primary casting ability: For Clerics, wisdom is key to keeping the party healthy while Bards rely on charisma to keep the party morale up.

Damage dealers are the widest spread, again the spell casters want to rely on their casting stats. Wizards use their intelligence for blasting, druids require nature’s wisdom and rangers and rogues can use Dexterity for their flurry of attacks, or strength for those brutes with the bigger weapons.

Faces and The Skill monkey will want to use Charisma to bluff, intimidate and diplomacy their way out of a situation while intelligence garners them massive amounts of skills to use on knowledge checks and points to get them boosts in other fields where their needed.

One your character is created, you’ll just need to get their gear in order and then it’s out into the world! Happy Adventuring!

3 comments on “Creating a character: A look at building an adventurer and exploring themes for development throughout the campaign.”